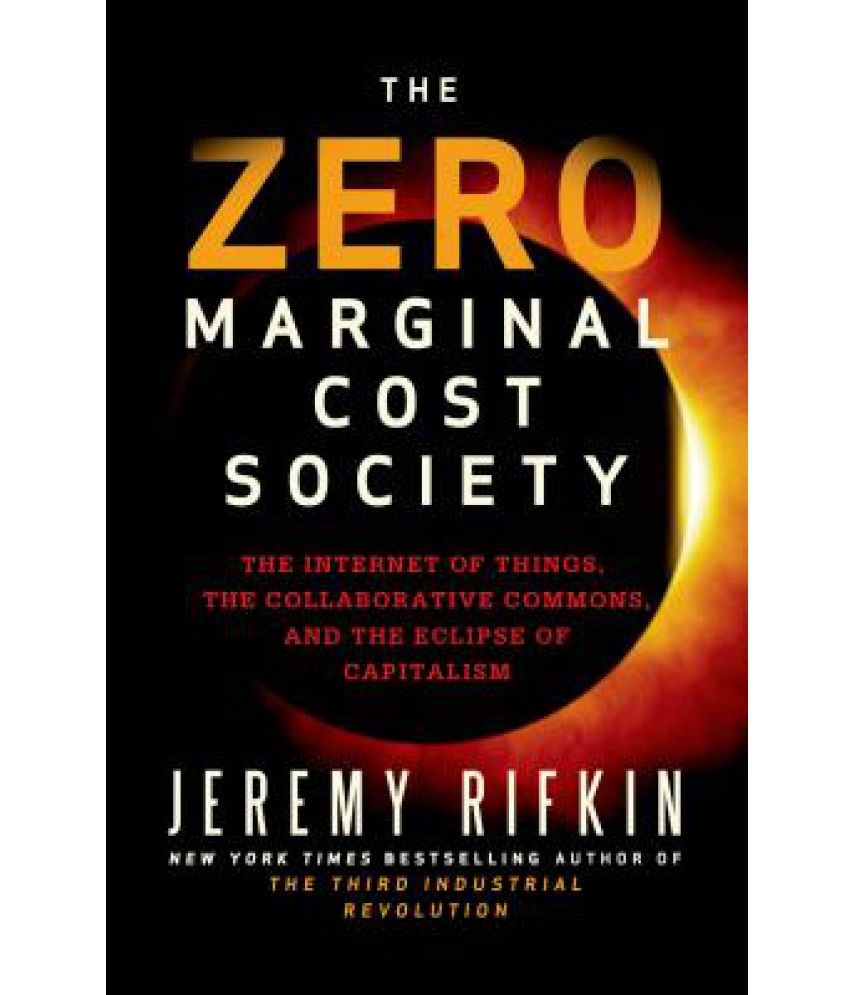 A few years ago I saw Mr. Rifkin on a podcast and I was so excited by what he was saying I went out and bought this book. Not only is he someone who really is a visionary about where the world is headed, he has been proven right from his earlier writings.
As the name of the books suggests ( the sub title of the book is The Internet of Things, the Collaborative Commons, and the Eclipse of Capitalism) he sees a future where the world will be built off of the work of collective commons and shared economy. he also realizes that free is coming to everything. A quote from the book:
“But what if I were to say to you that 25 years from now, the bulk of the energy you use to heat your home and run your appliances, power your business, drive your vehicle, and operate every part of the global economy will likewise be nearly free? That’s already the case for several million early adopters”

He drives this home also with a subject I am very familiar with of electric power distribution. For example, Germany has focused on having homeowners are one of the main players of creating power through solar. He has been consulting with the German Government for years on his vision the the 3rd industrial revolution.
“In Germany, a gas- or coal-fired power plant that might cost $1 billion to build, but that will no longer run at full capacity because of the onslaught of renewable energies into the grid, can only pay for itself on days when there is no wind or heavy cloud cover.”

He also discusses the IoT well. Here he talks about how it is hitting so fast with the other major movements:
“The coming together of the Communications Internet, the Energy Internet, and the Logistics Internet in an Internet of Things provides the cognitive nervous system and physical means to integrate all of humanity in an interconnected global Commons that extends across the entirety of society.”

Vice Media just made a film about Jeremy Rifkin that was at the Tribeca film festival that I am excited to see but can’t find it anywhere. Below is a good sample of Jermey’s works on Youtube: