A topic that comes up whenever stem damage from pitting come up. It is amazing how much misunderstanding there is about the subject. I created another info-graphic on it.

will be giving my 10th presentation at this years AUG (Air Operators Users Group)conference in New Orleans on Jan 17-19. I have been part of this conference since 2000. A great conference focused on users with great knowledge exchange!
Below is a info-graphic I created using Canva that lists all of them over the years including the topics.

Just got back from a week in Western Canada where I traveled all over. It was a serious travel schedule where I was flying every night to another city. It ended in Fort McMurray at the Oil Sands. I gave presentations at a pulp and paper mill, oil refinery, and oil extraction. Very interesting and learned so much about emissions in the great white north.

On Nov. 22, 2016 an incident at the Baton Rouge refinery lead to 3 people getting hurt.  This is  a clear case of poor maintenance training and the Chemical Safety Board issued a fine.

The video the CSB just released shows in such great detail what happened and how maintenance confusion and training caused the massive fire.  This actually fits into a valve and a flange issues all in one.  Not realizing that the “cap” actually is a pressure boundary to the top of the valve is a major oversight and specific training would of assisted in avoiding this happening in the future.

One issue that is not addressed in the video is the root cause of this being the failure of the actuator. It is hard to tell if the issue was the gear box or the packing friction could of been too large to actuate with the hand wheel. When the final report is released there will be more details on what actually happened. 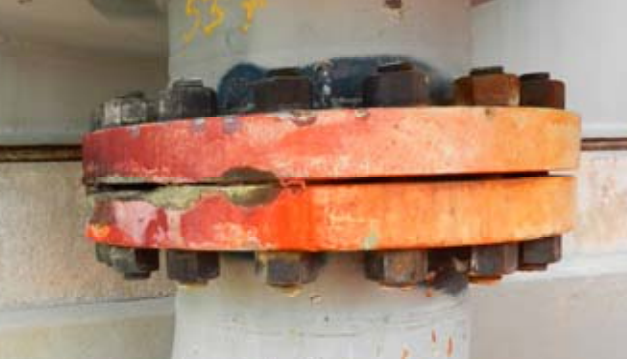 Been reviewing this fire at a Refinery in Corpus Christi, Texas a few years ago where the Chemical Safety Board investigated. One disturbing point they found was a flange had been having a slight leak for 6 months and had not been address barely at all! Quote from CSB report “In late January of this year, maintenance was performed on the flange, tightening the existing bolts, but the leak persisted. Further maintenance was performed on February 10 – over three weeks prior to the actual incident. At that time workers replaced the flange bolts and a work order was submitted to order a clamp to enclose the leak.”
What I find interesting is they did not mention the gasket anywhere! It seems to me they first did a “re-tightening” effort that might of been with a torque wrench but as you can see in the photo there were NO FLAT WASHERS! Also hard to see any anti-seize on the bolts but hard to say. Either way, the torque would have some errors. Second it seems they might of replaced bolts but kept the gasket in place since they did not bring the system down.

In summary, a flange leak in one of the most dangerous parts of the plant was left to leak and eventually caused massive damage to the plant. leaks are not something to take lightly in a refinery!
The CBS Letter here.
Report on CSB news conference here. 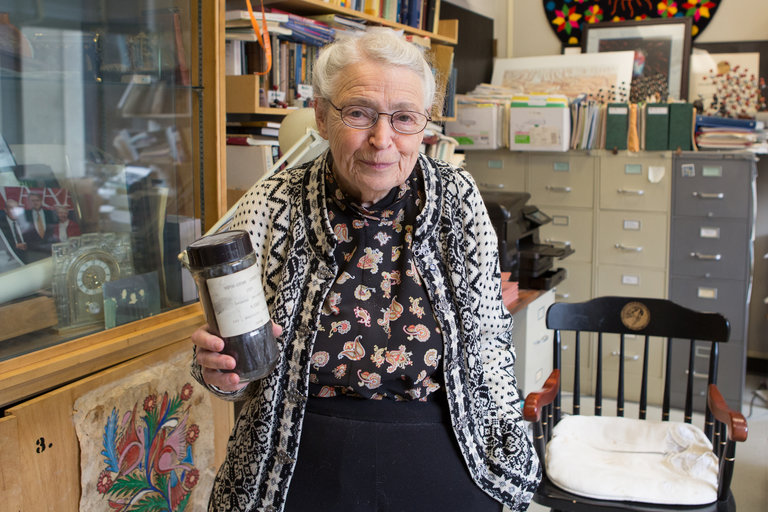 Mille Dresselhaus was a pioneer in Carbon/Graphite/Graphene/Nanotubes. She worked at MIT since 1968 up until her death earlier this year. I have been reading her papers and had a few correspondence with her a few times regarding her favorite subject of carbon. Her work will be a main catalyst for the next 100 years when Carbon will change everything! She will go down as someone who also let her work speak volumes and that gender does not matter for scientific greatness. Here is a great article she did recently at her Alta mater Univ. of Chicago.

Graphite has dominated the world of high temperature stationary sealing and her work on graphene will dominate it in the future.

I am so glad GE made this video about her to highlight her achievements and show a world who the real hero’s should be in a society. I am hoping it is not too late for something like this to actually happen with out scientists!

I have been focusing on Methane emissions for many years in my job and just found this great resource from the United Nations. I was aware of what they were doing since they were the main backers of getting the protocol signed in Paris. But I was surprised about the detail on their website about how to stop leaks. One report they did last year (here) comes out and discusses how serious flange leakage is in methane leaks. 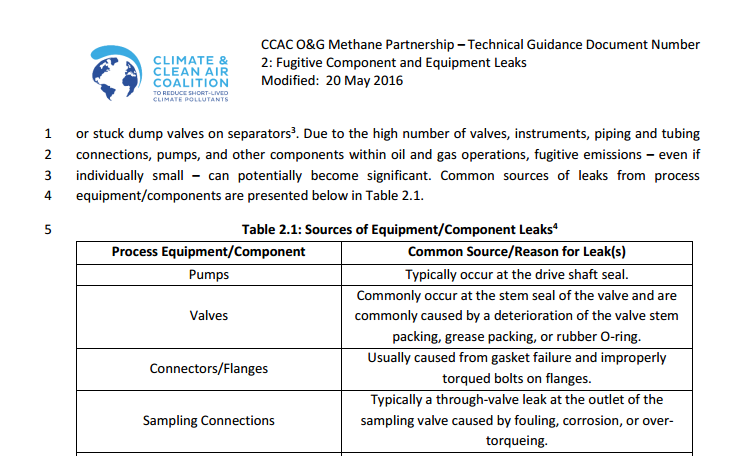 Also on the site is many interesting facts about heath effects from emissions. I thought this was a good overview here:

Here specifically they talk about reducing methane from sources in Oil and Gas. 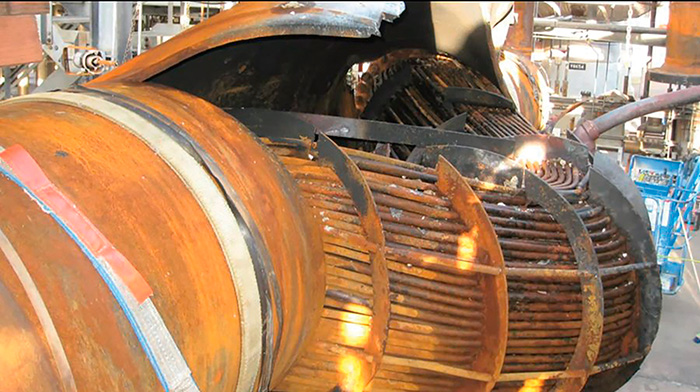 This month I co-wrote an article I have been wanting to write about a terrible industrial accident that happened in Anacortes Washington back in 2010. This accident had some major loss of life and was a multitude of errors regarding heat exchanger sealing. I feel one of the biggest issues was a poorly designed seating stress of the gasketed joints of the heat exchanger. The mistakes that are highlighted in the Chemical Safety Board’s report on this accident reads like what not to do with dealing with leaks.
You can see my paper here:

Here is a good video from the CSB describing the accident.

Was looking back at some photos from November 2008 when I had for the first time a chance to put my hands on the API-622 rig. This one was built by Yarmouth Research in Maine where we were working on getting a full understanding of what would become the gold standard of emissions valve sealing.
Now almost 9 years later the way this one test has forced packing manufacturers move the needle to make LowE valve sealing a realty. Back in these photos the national limit at most plants were 10,000 ppm compared to 100 ppm today. My favorite analogy is if the Cafe requirements for cars would of changed that drastically you could drive from Boston to Los Angeles on one gallon of gas. 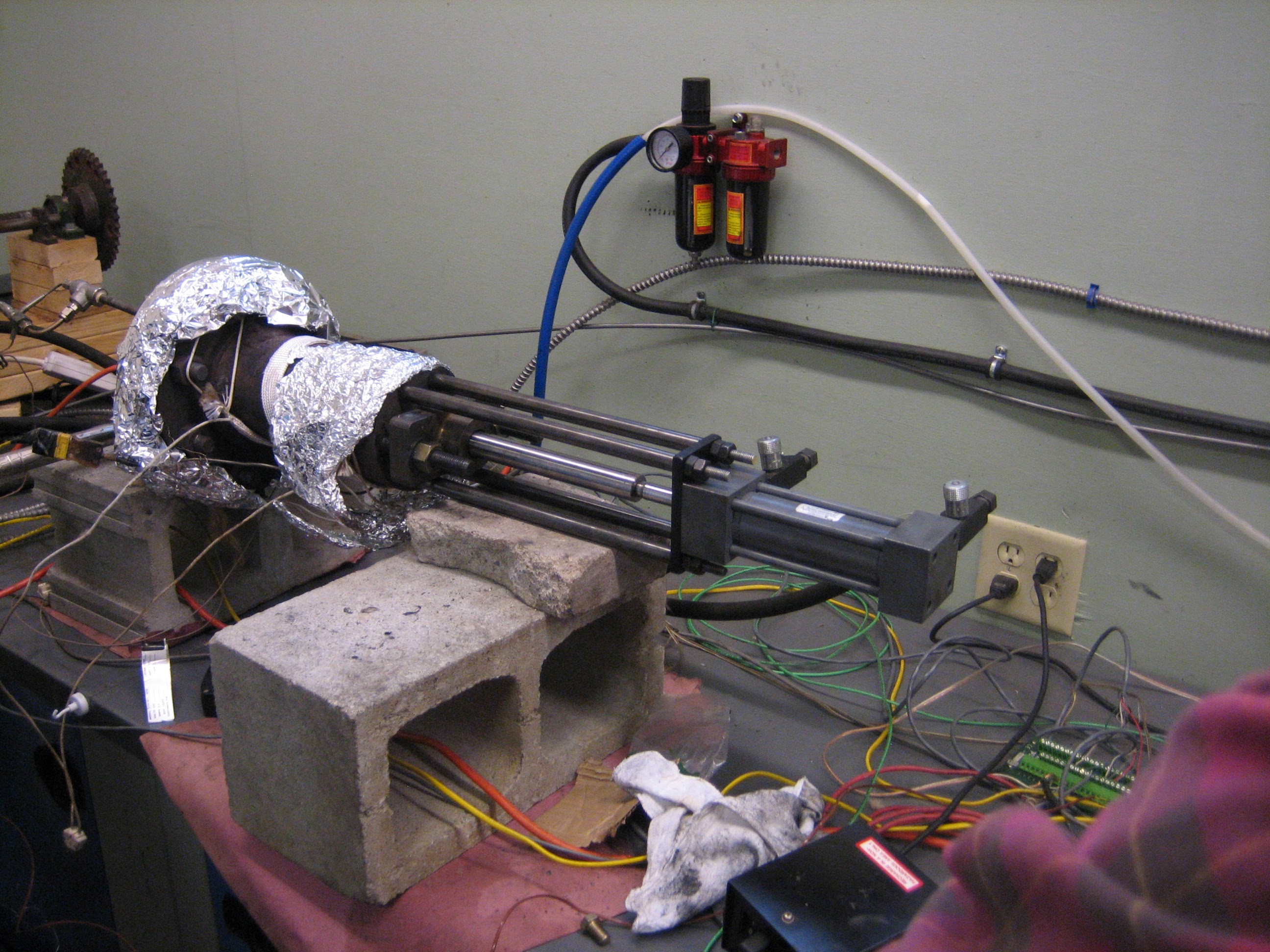 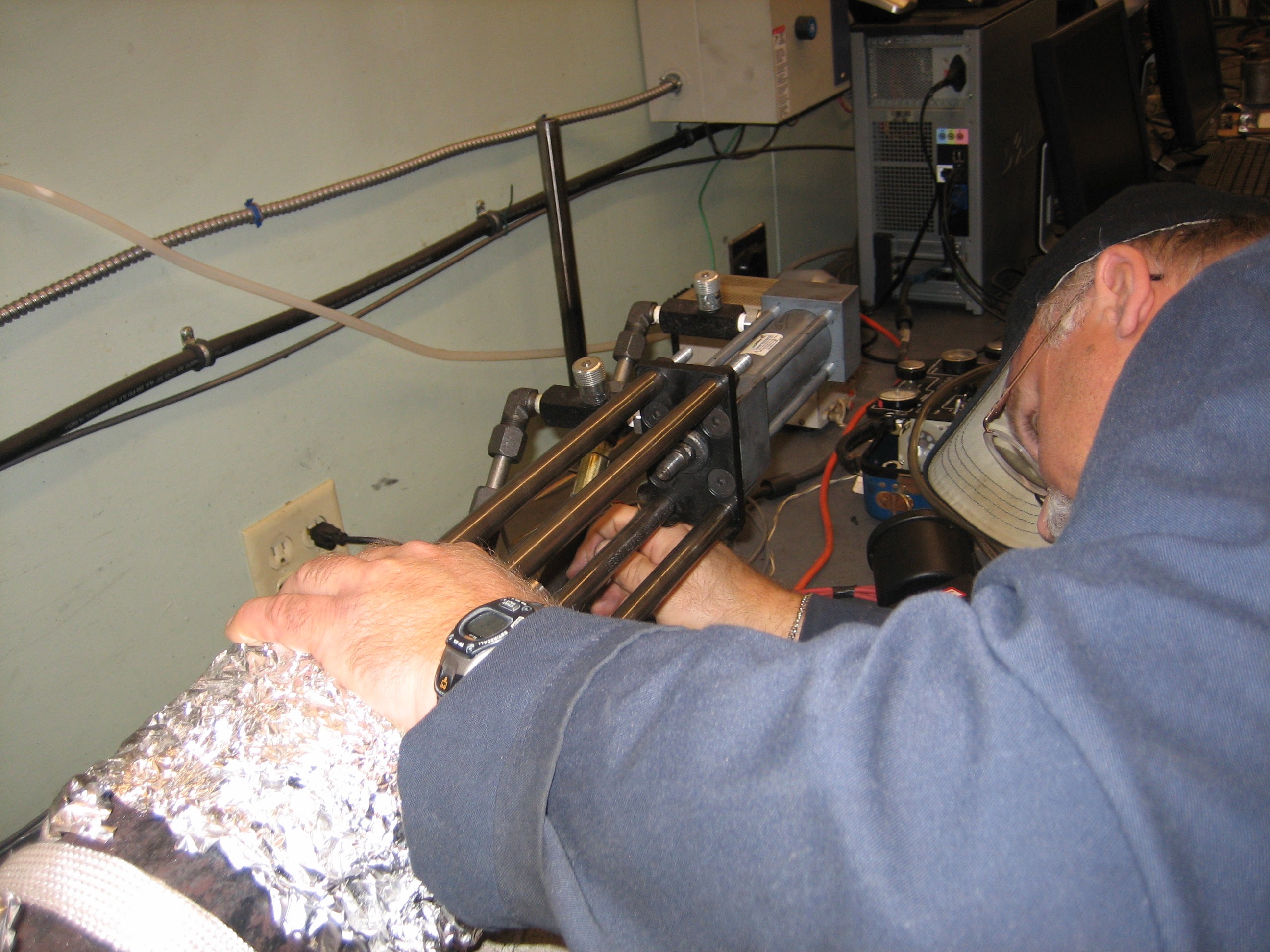 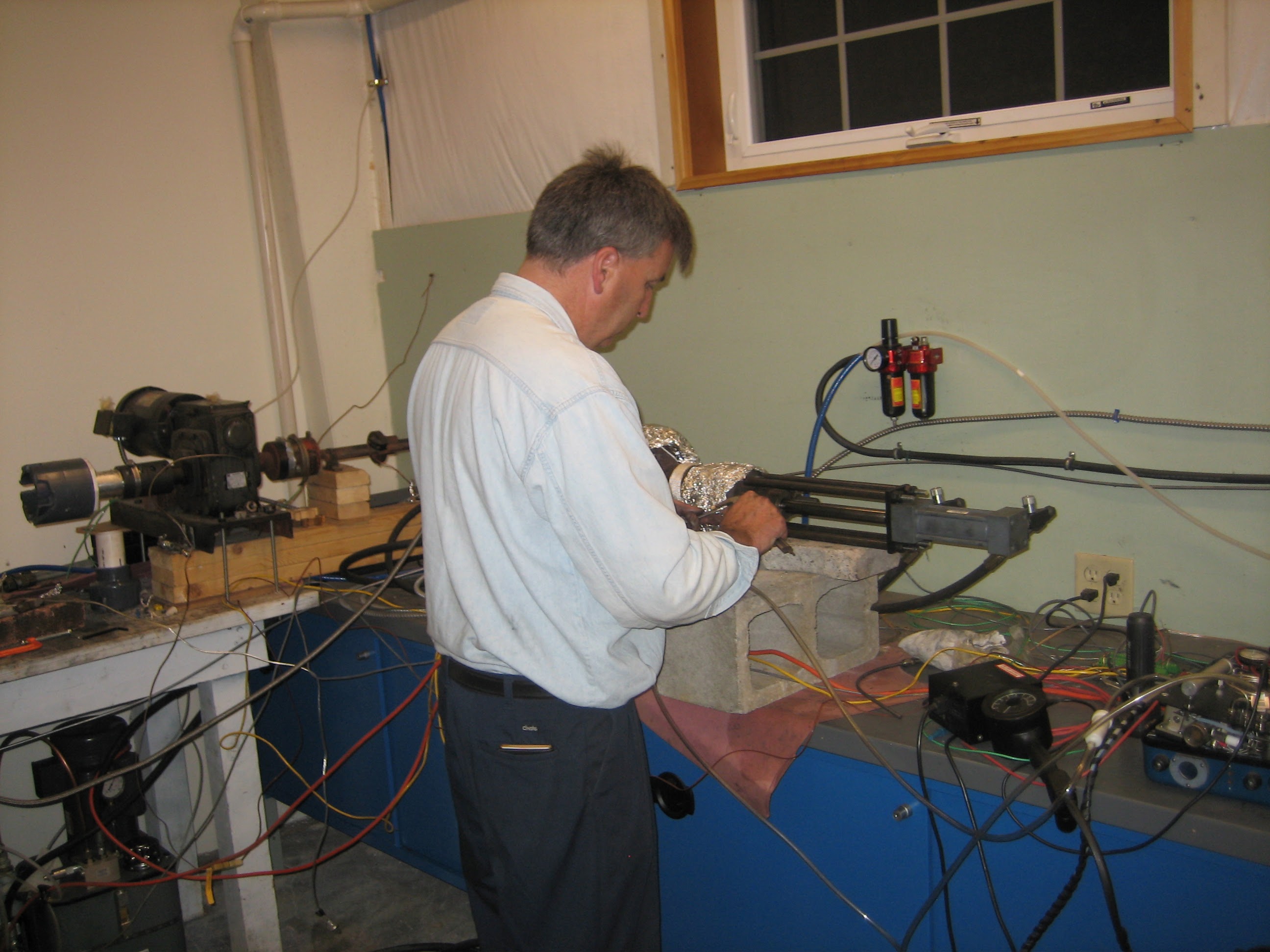